We can’t stand for painless, tamed, sugary or trouble-free music for much too long, so here we are, back with a stronger drive than ever – just as promised. This one is mostly Death and Black and will sound like a rusty metal amalgam crushing on a thick flesh wall. DEATH IS FASTER THAN THE SPEED OF SOUND! Only counts if your ears bleed!

We will back on Friday the 13th, no less! SUPPORT SATAN MADE ME DO IT: SPREAD THE DISEASE! 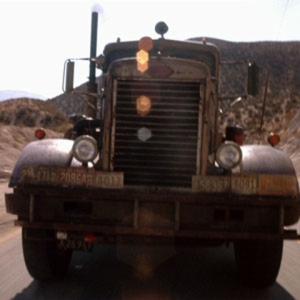 We hit the gas right from very start with the latest output from veterans Nifelheim – the very recent “Satanatas” EP. They sure are ugly as hell, but only a few can “Praise Lord Satan” as these Swedes. It’s comforting to know there are people out there keeping the flame of love of Satan alive. We featured Nifelheim before, same as Protector. Last time we said Protector lacks the recognition of other, larger German thrash joints from the 80s, so we keep supporting them with another great track, now from their 1986 (yes!) demo, “Protector of Death”.

The 90s were much like the Dark Ages. A lot of people think of it as a period of regression, but one must study the small first before catching a glimpse of the broader picture. There was plenty to like about the 90s. Just maybe not in popular music. At least one of us wasn’t really aware of it at the time, and still it isn’t hard to believe that Infernö’s “Utter Hell” was one of the underground’s favorite 1996 releases. This is thrash played the way it’s meant to be played, with all the cool riffs it damn deserves, Destruction style. Nowadays Norway’s thrash champions include Deathhammer and Nekromantheon. Back in the 90s the country was also quite well represented, with bands like Aura Noir (which is still going strong today) and, of course, Infernö. Take heed of the total worship found on tracks like “Sodom (Burning the Flag)” and “Torment Her”. Classic shit in its own right. Feedback reigns supreme!

SATAN MADE ME DO IT is presently interested in all kinds of Eastern European metal, which explains the presence of Heller from Serbia. It’s just a little taste of what’s to come in a later episode (maybe). The 1989 self-titled sole LP gets most things right. Cooler aspect of it is the loud bass in the mix. We’re suckers for thick ORGANIC! bass sound (like in “Morbid Tales”). Drumming reminded us of Slaughter from Canada in this track in particular and vocals are quite unique in a good way. It’s a pretty varied thrash album actually. There’s even a grind track in there called “Adam i Eva”. Guess this was a thing in 89 for thrash bands. Protector too had a grind-like track in 1989 called “Molotow Cocktail”. But we digress.

Up next comes the black-metal- with-a-slice-of-punk stuff from the mighty promising Canadians Occult Burial, but we like even more the obscure Irkallian Oracle, a bunch of guys doing some of the freshest stuff around, but also some of the most vile, inhuman, THICKEST and hard to confine to a genre. Some people are relating them to death and black metal from Finland and Australia. And doom – the Southern Records kind – is certainly a big part of it. Well, they definitely ARE ambitious. We’re talking about guys whose declared purpose is to “open black holes” no less, exploring traditional death and black metal but going beyond them and expanding their boundaries. All this artistic chatter (guys, please avoid the “void”) is probably no stranger to the fact that Irkallian Oracle feel more connected to the experimental noise/electronics/industrial Gothenburg’s scene than to the Swedish metal underground. This doesn’t mean they don’t care about tradition. ANYWAY, if that means more FUCKING AMAZING music like this is on the way, be Artists with a cockish capital A all you want, mates!

We mentioned the Dark Ages some paragraphs ago and it makes sense to talk about it again. One must stop and wonder while looking at the wide blue sky: what’s the meaning of life where would the harsher brands of metal be without South America? A mighty good question to pose indeed. Anyway, you’ve all heard of the Warfare Noise compilations, right? The first one is of legendary status. 1989’s part II didn’t have as much impact, which is why we, always the exemplary citizens, decided to pay tribute to it. Aamonhammer comes first, then Mayhem (the Brazilian one of course). There’s a bunch of Vulcano, Hellhammer and Sepultura (“Schizophrenia” era) in both tracks, so we’re sure most of you listening will like them. Special mention to the crazy nonsensical lead guitar parts during Mayhem’s song. You like it sloppy? Fuck, we do too!

We hit the breaks down with Morbid Angel’s short “Intro” before the final thrust with “C.M.E. (Coronal Mass Ejaculation)” from the much-hyped Bölzer. This was one hell of a ride!