We know we’ve just done it recently (see Episode 34 – Cross My Heart and Hope to Die), but we’re going for a slower tempo on this one. We just felt the need to, especially after three crazy days spinning records at VAGOS OPEN AIR festival. Hard as nails, those guys. They didn’t care at all for slower tracks or even faster NWOBHM songs. Those critters wanted to be fed on a strictly brutal diet consisting of thrash, death, black metal with just a dash of hardcore on top. Ahah, it was great fun and definitely we want to go back.

But hey, some people mistake speed for aggression and noise for violence. Not true. Music can be pretty vile and grim and dark and heavy when it’s cold, slow or distant too. It’s almost like the old argument: what are scarier, slow zombies, or fast zombies? Meh…

So press play and PLAY IT LOUD. And beware; it can get pretty emotional. 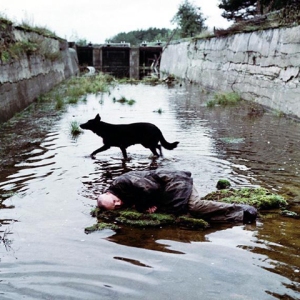 Episode 38 – Strength Is Nothing

We guess the “concept” for this whole episode started with Fenriz’s description of Nocternity’s track as “black metal for doom lovers”. He was spot on and we made it the whole “angle” for the episode: each track is either black metal for doom lovers or doom for black metal listeners. Take the opening song from Sweden’s Saturnalia Temple as an example of the latter. One of us just found about it recently (it’s been there since 2011) and thinks it’s one of the best songs he listened to in a long, long time, in any genre! He may regret it, but he thinks he won’t. Black Sabbath, Celtic Frost, Pentagram, Atomic Rooster and Darkthrone have all been quoted as influences for Saturnalia Temple and they lay them all down in unbelievable fashion. It’s a fucking mind-blowing soundscape masterpiece!

“Epic” is a much overused word in the context of music. It’s also very vague. For some people “epic” is a just a way to classify a big tune. Others find it appropriate to describe very intricate pieces of music, with various movements, layers of complexity and sounds. To us a song can only be epic if it conveys TRUE EMOTION. It has as much to do with storytelling as it does with painting the perfect picture of “larger than life” music. To one of us at least, Manilla Road is the grandmaster of epic music. Bathory too created some of the best examples of genuine epic art. And there are a few others. Scald from Russia was unfortunately a very short-lived project, but their sole 1996 LP “Will of Gods Is a Great Power” represents one of the great achievements in epic metal music. This is all but intricate. But the emotion is there. You will shiver to the sound of Agyl’s scary good vocals. Lose yourself!

Black Sabbath! Yes, Black Sabbath also crafted some truly epic tracks back in the day, especially with Dio on vocal duty. We don’t need to explain why the classic Sabbath albums are fundamental, but there’s no way around it: the Dio material is a fist full of REAL METAL EMOTION! Also, Vinnie Appice is God.

“Nobody expects the Spanish inquisition!” (google it). Well, NOBODY expects the Colombian Inquisition. These guys have been around for a long time (also, they have LONG song titles). We’re going for “Rituals of Human Sacrifice for Lord Baal”, back from 2002. We understand if many of you don’t feel comfortable with the vocal work here. It CAN be pretty annoying. At the same time, we feel it’s right for the part. We particularly love how this song breaks down towards the end and turns into a completely different beast. More thrashy, without letting go of the black metal overtones.

Pretty short episode this one. Only six tracks. We’re closing with “Bull Run”, from super obscure Brits Shuttah. For more than a year now we’ve been looking for a spot where we could fit this one. We mean, it’s not easy to slide HORNS (the musical instrument…) in a metal mixtape! Give this a try. It’s a really weird one, back from 1971, really experimental and dark and doomy and completely predating black metal!